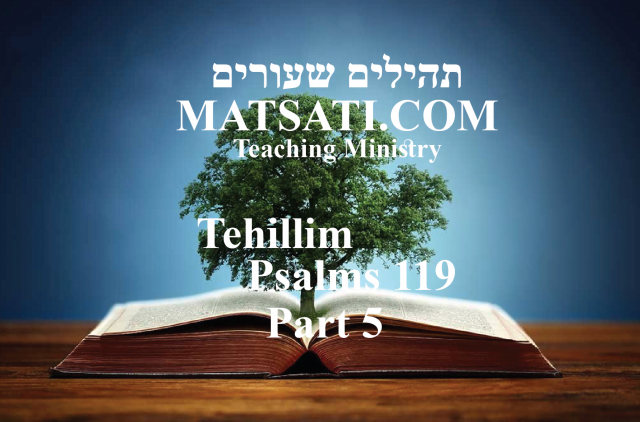 Notice how David speaks of those who have broken the word of the Lord, and then he states his love for God’s commands and hating every false way. This is the testimony of God in our life, to love His ways, to walk in His ways, and to abhor sin in our lives. In the Messiah Yeshua, we are established, and empowered by the Spirit of God to overcome sin. This is the promise of God to not allow iniquity to have dominion over us. This is the message of the Torah and the testimony of God in our lives to not allow iniquity to have dominion over us. With the Gentilization of the Church we received the teaching that there is no relationship to the Torah after we are saved. The issue was when the gentiles were coming into the faith, they had no background in the Scriptures or in the way of rabbinic thought. The three important rules to Biblical interpretation are (i) Grammatical-Literary Context, (ii) Historical Context, and (iii) Cultural-Religious Context. Points (ii) and (iii) are generally ignored by most Bible commentaries as one needs to go outside of the Bible to the rabbinic sources in order to get this information. Sola scriptura (Latin: by Scripture alone) is a Christian theological doctrine which holds that the Scriptures are the sole infallible rule of faith and practice. To go outside of the bible for understanding is heavily frowned upon by Christian study groups under the well meaning but ignorant assumption that you need only the Scriptures to interpret Scripture. Most of the Gentiles who were coming into the faith in the first century were coming from a pagan background that was coupled to an extremely anti-semitic Roman society. This is very important for understanding Paul’s letters. The majority of Christians today have not studied first century history and are unaware that Gentiles coming to faith in Yeshua, at least those not already involved with Synagogue and first century Judaism, were coming directly out of this background. This is why it is important to understand what specific problem or situation Paul was addressing in his letters.

Watch – The Revelation of the Spirit, שני של שבועות, Sheni...