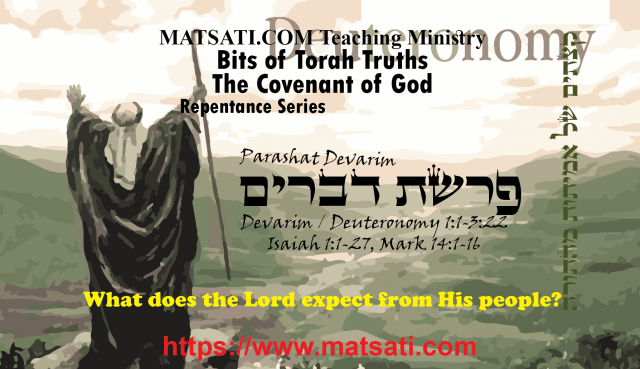 Mishnah Pirkei Avot 3, Part 17
רַבִּי אֶלְעָזָר בֶּן עֲזַרְיָה אוֹמֵר, אִם אֵין תּוֹרָה, אֵין דֶּרֶךְ אֶרֶץ. אִם אֵין דֶּרֶךְ אֶרֶץ, אֵין תּוֹרָה. אִם אֵין חָכְמָה, אֵין יִרְאָה. אִם אֵין יִרְאָה, אֵין חָכְמָה. אִם אֵין בִּינָה, אֵין דַּעַת. אִם אֵין דַּעַת, אֵין בִּינָה. אִם אֵין קֶמַח, אֵין תּוֹרָה. אִם אֵין תּוֹרָה, אֵין קֶמַח. הוּא הָיָה אוֹמֵר, כָּל שֶׁחָכְמָתוֹ מְרֻבָּה מִמַּעֲשָׂיו, לְמַה הוּא דוֹמֶה, לְאִילָן שֶׁעֲנָפָיו מְרֻבִּין וְשָׁרָשָׁיו מֻעָטִין, וְהָרוּחַ בָּאָה וְעוֹקַרְתּוֹ וְהוֹפַכְתּוֹ עַל פָּנָיו, שֶׁנֶּאֱמַר (ירמיה יז) וְהָיָה כְּעַרְעָר בָּעֲרָבָה וְלֹא יִרְאֶה כִּי יָבוֹא טוֹב וְשָׁכַן חֲרֵרִים בַּמִּדְבָּר אֶרֶץ מְלֵחָה וְלֹא תֵשֵׁב. אֲבָל כָּל שֶׁמַּעֲשָׂיו מְרֻבִּין מֵחָכְמָתוֹ, לְמַה הוּא דוֹמֶה, לְאִילָן שֶׁעֲנָפָיו מֻעָטִין וְשָׁרָשָׁיו מְרֻבִּין, שֶׁאֲפִלּוּ כָל הָרוּחוֹת שֶׁבָּעוֹלָם בָּאוֹת וְנוֹשְׁבוֹת בּוֹ אֵין מְזִיזִין אוֹתוֹ מִמְּקוֹמוֹ, שֶׁנֶּאֱמַר (שם) וְהָיָה כְּעֵץ שָׁתוּל עַל מַיִם וְעַל יוּבַל יְשַׁלַּח שָׁרָשָׁיו וְלֹא יִרְאֶה כִּי יָבֹא חֹם, וְהָיָה עָלֵהוּ רַעֲנָן, וּבִשְׁנַת בַּצֹּרֶת לֹא יִדְאָג, וְלֹא יָמִישׁ מֵעֲשׂוֹת פֶּרִי:
Rabbi Elazar ben Azariah says: If there is no Torah, there is no worldly occupation; if there is no worldly occupation, there is no Torah. If there is no wisdom, there is no fear; if there is no fear, there is no wisdom. If there is no understanding, there is no knowledge; if there is no knowledge, there is no understanding. If there is no flour, there is no Torah; if there is no Torah, there is no flour. He would say: Anyone whose wisdom exceeds his deeds, to what is he compared? To a tree whose branches are many but whose roots are few; and the wind comes and uproots it and turns it upside down; as it is said; “And he shall be like a lonely juniper tree in the wasteland and shall not see when good comes, but shall inhabit the parched places of the wilderness, a salty land that is uninhabitable.” (Jeremiah 17:6). But one whose deeds exceed his wisdom, what is he like? Like a tree whose branches are few but whose roots are many; since even if all the winds of the world come and blow upon it, they do not move it from its place, as it is said; “He shall be like a tree planted by the waters, and spreads out its roots by the river, and shall not perceive when heat comes, but its leaf shall remain fresh; and it will not be troubled in the year of drought, nor will it cease to bear fruit.” (Jeremiah 17:8).

Rabbi Elazar speaks about working in this world, having wisdom, having understanding, having knowledge, and bread (food) and the relation of these things to the Torah.  He makes an interesting comparative relationship to these things, of having them, or not having them, and whether there is Torah or not.  For worldly occupation, Parashat Ekev (Devarim / Deuteronomy 8:18) states it is the Lord God who gives man the ability to work in order to confirm the covenant He has made with our fathers Abraham, Isaac, and Jacob.  Also, wisdom, understanding, and knowledge are all given from above, not only for success in occupation but also to live life according to God’s ways. (James 3:17 But the wisdom from above is first pure, then peaceable, gentle, reasonable, full of mercy and good fruits, unwavering, without hypocrisy. NASB)  All of these things relate to one applying God’s Word to our lives and living for Him.  The one who does so is said to have wisdom that exceeds his deeds.  The parable of the tree having roots going deep, is paralleled to the one who is wise to take hold of God’s Word and His ways and make it a part of their lives.  It does not matter what kind of storm comes, the tree will stand firm.  The one who takes hold of God’s Word and draws near to the Lord bears much fruit, just as the Mishnah is describing in Pirkei Avot 3:17.  It is within this context Moshe felt the need to repeat the Torah to the people of Israel before entering into the Promised Land and hence the motivation for the writing of Devarim / Deuteronomy.  Moshe feeling it was necessary to repeat the Torah to the people is significant and parallel Yeshua’s words, to walk in His footsteps (1 Peter 2:21 For you have been called for this purpose, since Christ also suffered for you, leaving you an example for you to follow in His steps NASB)  Taking hold of God’s Word and making it a part of our lives takes sacrifice and taking a stand against the wickedness in this world leads to suffering.  The example he left for us was to walk according to God’s ways of righteousness, holiness, justice, and truth while proclaiming the name of the Messiah and of our Father in heaven.  The Torah is filled with the mercy of God towards His people coupled with the covenant relationship of drawing hear, seeking the Lord, and His forgiveness through atonement by blood. These things provided the people with a future expectation of the Messiah, who leads God’s people in the way of righteousness, and drawing them nearer to their Father in heaven.  Ultimately this was God’s plan to reveal to His people His ways of being merciful, having forgiveness towards others, and the life transformation that comes when one asks the Lord God Almighty and His Messiah into his life and his heart.
BTT_Parashat Devarim-2018