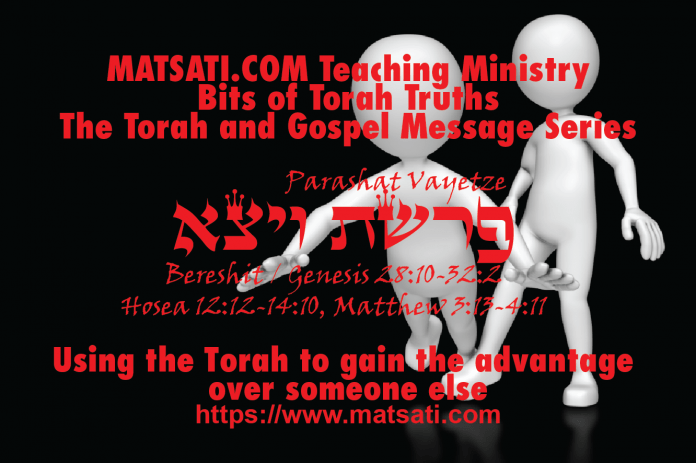 In this week’s Torah portion, Parashat Vayetze, we learn about the hatred of brothers. In the narrative, we are told that Jacob loved his son Joseph more than the others. There was a sort of asymmetry in the relationship that Jacob had towards his sons. In modern times, when asking a group of people about conflict, there is this idea called “motive attribution asymmetry,” which is a description of one group’s belief that their rivals are motivated by emotions opposite to their own. The idea is driven by a group seeing its own members engaged in acts of “love, care, and affiliation” but, “rarely (observing) these actions amongst (opponents) because we only see them during moments of heated conflict.” In our story of Joseph, his brothers could only see the report that Joseph had been bringing to their father. As a result, they had animosity, anger, resentment, towards their brother, so much so they were willing to kill him. In Jewish thought, the capacity for aggression or compassion is something we are all born with. The rabbinic literature characterizes these as the Yetzer Hara and the Yetzer Hatov. These are the evil inclination and the good inclination, respectively. The Yetzer Hara is not attributed to a demonic force, but one that is connected to the flesh, the driving force towards pleasure, property, security, and prosperity. Midrash Rabbah on Bereshit / Genesis 9:7 starts that when the Yetzer Hara is left unchecked, it leads to evil deeds. The controlling factor is the Yetzer Hatov (good inclination). The rabbis say that children are a good example of these things, where a child seeks pleasure, how to acquire things, and have not developed a sanctified relationship with God, meaning they have not the social discipline to suppress the desires for evil. This is why a child must be guided (disciplined) in order to help him / her to learn evil deeds are not to go unchecked, there are consequences. This is why our social environment, i.e. families, communities, culture, influence our tendencies as we grow older which influence whether the Yetzer Hara or the Yetzer Hatov are more dominant.

Joseph’s brothers brought their flock near Shechem, a place known for idolatry and sin. In addition, this place is a particularly interesting example from the Torah in regards to the situation that occurred with their sister Dina. As we know, the story of Shechem and Dina, Shechem raped Dina and then wanted her to be his wife. Levi and Simeon told Shechem if they were to allow Dina to marry him, He and all the men in Shechem would need to be circumcised. Shechem discussed this with the men at the gate of the city, they all agreed, and they were all circumcised. On the third day, Levi and Simeon went into the city with the sword and killed all of the men and took all of the spoils of war home with them. Jacob was very angry by what they had done and moved his household away from that place. If we think about what was taking place here in this story of Shechem, Levi and Simeon used the command of God to gain the upper hand against the men of the city. They used the command of God to their advantage, and when they had the opportunity, they used the command of God to commit murder on a massive scale. I don’t want to point out specifically the ethical implications of murder, but to look at the way in which Levi and Simeon chose to use the Word of God to gain the advantage to then commit murder. This is how some people use the Torah as a way to gain the advantage over someone else and when the opportunity arises, he or she kills the spirit that is doing a good work in someone else. These things remind us how we are to be merciful and patient with others, which may last a lifetime. Aggression has the capacity to do horrible evils. Reuben reminds us in the story of Joseph that we must be mindful to choose to do what is right as opposed to what is evil, even though it is easier to do evil than good. The Lord God Almighty Himself, and Yeshua the Messiah demonstrated for us both mercy and patience. The closer we draw near to the Lord, the more conscious we are of sin in our lives. Do we not grieve and burn with anger when God’s name is maligned, when we see hypocrisy in a person’s faith, when we see blatant unbelief, and godless behavior? The more we understand who God is and develop a love for His character, the more we will be like Him and the more we will hate those things that are contrary to His Word. In the Torah portion however, negative hatred is what Joseph’s brothers demonstrated which is directed towards others. James says in James 1:19-27, the anger of man does not achieve the righteousness of God. (1:20) He speaks about the possibility of embedding hatred in the heart and of putting aside the hatred that one has hidden in the heart. James says filthiness and wickedness are in the heart and we are to be humble before God to keep the word of God in our hearts which is able to save souls. Notice how the Word of God is mentioned here. It is important to point out what word exactly is James referring to here? The NT had not been written yet or was in the process. The people did not have a NT text like we do today. James was referring to the Tanach, and probably more specifically the Torah. The point of the matter is the one who hates his brother transgresses a negative commandment and the one who loves his neighbor fulfills a positive commandment. The Rabbis say when we hide the sin of hatred in our hearts, this does not allow our neighbor the opportunity to repent and ask for forgiveness and receive atonement before God. The Torah warns against taking revenge in this way by bearing a grudge in our hearts for what has been done to us. (see Vayikra / Leviticus 19:18 and Devarim / Deuteronomy 32:35 God tells us “Vengeance belongs to Me.”) With this in mind, when Yeshua said that anyone who is angry with his brother is as one who has committed murder. Could this have meant one prevents a soul from repentance and causing a soul to enter into eternal damnation? We can learn something about the significance of talking with a person about sin and those who have sinned against us? We are told we should erase our fellow man’s wrongdoing and our neighbors sin from our hearts. (Matthew 7:1-5) We are also told to go to our brother and talk to him about his sin. This is the path of righteousness because it leads to mercy, and forgiveness.

Failing to Sanctify the Lord in Every Way, ישעיהו ח:יא-כג /...

Did Yeshua Spend Three days and Three Nights in the Grave...