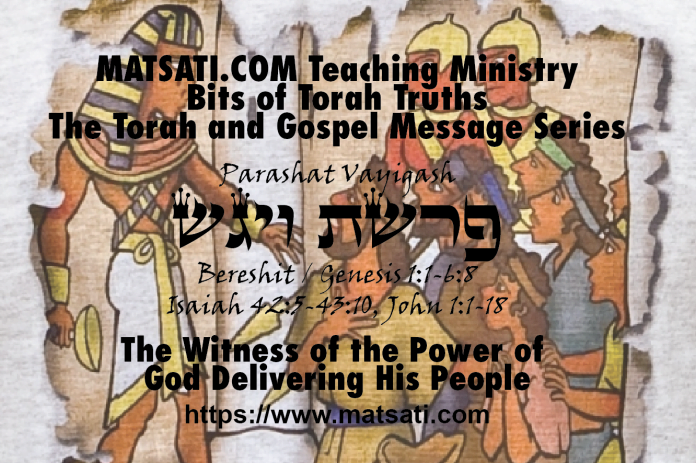 Shemot / Exodus 23:20
23:20 Behold, I am going to send an angel before you to guard you along the way and to bring you into the place which I have prepared. (NASB, כ הִנֵּה אָנֹכִי שֹׁלֵחַ מַלְאָךְ לְפָנֶיךָ לִשְׁמָרְךָ בַּדָּרֶךְ וְלַהֲבִיאֲךָ אֶל-הַמָּקוֹם אֲשֶׁר הֲכִנֹתִי:)

Devarim / Deuteronomy 31:8
31:8“The LORD is the one who goes ahead of you; He will be with you. He will not fail you or forsake you. Do not fear or be dismayed.” (NASB, ח וַיהֹוָה הוּא | הַהֹלֵךְ לְפָנֶיךָ הוּא יִהְיֶה עִמָּךְ לֹא יַרְפְּךָ וְלֹא יַעַזְבֶךָּ לֹא תִירָא וְלֹא תֵחָת:)

In these cases, we learn how the Lord God Almighty, the God of Israel, went ahead of His people to lead the way, to provide guidance, safety, and to fight Israel’s wars. In prophecy, Micah Chapter 1, the prophet describes a Bethlehemite ruler, saying that his “goings forth have been from of old, from everlasting.” The way this is written, the one who is the Bethlehemite ruler has ways that are ancient, from old, from everlasting, indicating the eternality of his ways and his name. The Talmud Bavli Pesach 54a describes the Messiah as having his name created before the world was created. In the Apostolic writings, we are told Yeshua the Messiah was the first born from the dead, Paul wrote in Colossians that he took preeminence, first in time, and it is through him all things are held together or consist. The parallel is to the Lord God sending His chosen one ahead of us to guide the way. Here Judah is described as one who leads the way, and later Jacob speaks prophetically of Judah having rule over his enemies and a scepter not departing from between his feet until Shiloh come. This is according to Bereshit / Genesis 49:8-12.

Bereshit / Genesis 49:8-12
49:8 ‘Judah, your brothers shall praise you; Your hand shall be on the neck of your enemies; Your father’s sons shall bow down to you. 49:9 ‘Judah is a lion’s whelp; From the prey, my son, you have gone up. He couches, he lies down as a lion, And as a lion, who dares rouse him up? 49:10 ‘The scepter shall not depart from Judah, Nor the ruler’s staff from between his feet, Until Shiloh comes, And to him shall be the obedience of the peoples. 49:11 ‘He ties his foal to the vine, And his donkey’s colt to the choice vine; He washes his garments in wine, And his robes in the blood of grapes. 49:12 ‘His eyes are dull from wine, And his teeth white from milk. (NASB, י לֹא-יָסוּר שֵׁבֶט מִיהוּדָה וּמְחֹקֵק מִבֵּין רַגְלָיו עַד כִּי-יָבֹא שִׁילֹה וְלוֹ יִקְּהַת עַמִּים: יא אֹסְרִי לַגֶּפֶן עִירֹה [עִירוֹ] וְלַשּׂרֵקָה בְּנִי אֲתֹנוֹ כִּבֵּס בַּיַּיִן לְבֻשׁוֹ וּבְדַם-עֲנָבִים סוּתֹה [סוּתוֹ] : יב חַכְלִילִי עֵינַיִם מִיָּיִן וּלְבֶן-שִׁנַּיִם מֵחָלָב:)

The keyword here is “Shiloh.” Jastro writes the following defining the word שִׁילֹה

Shiloh is described in the Book of Joshua as the resting place of the Tabernacle after the conquest of the Promised Land. According to Midrash Rabba on Bereshit / Genesis 98, Shiloh is a homiletical name of the King Messiah. שִׁילֹה is defined as “he whose it is, that which belongs to him, tranquility.” The idea is the one whom is given peace, has the power of peace. This is why these Scriptures from Parashat Vayigash and Vayechi provide a messianic expectation of the Messiah. The Rabbis speak of Judah entering ahead of his brothers in the following way.

Chizkuni, Genesis 46:28 Part 1
ואת יהודה שלח לפניו אל יוסף, “and he (Yaakov) had sent Yehudah ahead to Joseph;” so that he would be informed about which route to travel to the province of Goshen and thus to avoid entering Egypt proper. Joseph had already told him that he would live there in order to be close to Joseph (Genesis 45,6).

Chizkuni describes Judah being informed of the route so that they do not enter Egypt proper. The parallel here may be to the sinful ways of the Egyptians, The chosen one of God will lead God’s people away from sin and towards the righteous path of God. The Messiah does not cause us to walk in the ways of the Egyptians. Midrash Tanchuma Vayigash 8 draws attention to the miraculous reconciliation between two brothers which may be indicated by Jacob sending Judah to Joseph as his emissary. The rabbis say that Jacob sent Judah ahead to Joseph is proof that the brothers had reconciled completely. This week’s Torah portion shows us how Joseph and his brothers were reconciled, and Joseph forgave his brothers for what they had done. The Torah narrative tells us how all the children of Israel (Jacob’s family) went down into Egypt to survive the famine. The rabbis parallel this to the creation account, the first book of the Torah begins with the creation of the world. The second book of the Torah (Sefer Shemot) is another genesis, the creation of the Jewish nation, where Israel becomes a nation. Similar to the initial genesis of the world, the creation of the Jewish people is not just about proliferation. The history of the people of Israel in Egypt is the story of the creation of a distinctive identity, a nation of people that are unified by faith in God the Creator of heaven and earth. This nation is through whom God revealed Himself to us showing us His love, and mercy to deliver us in a powerful way. Not just delivering us but desiring to dwell in our midst such that we would be His people!

The Torah concept of God is found in the witness of the power of God delivering His people from slavery in Egypt. This is the central theme of God delivering His people, where the Shema (Devarim / Deuteronomy 6:4) functioned as the ancient affirmation of God’s character and as verbally accepting the kingdom of heaven. It is within these concepts that we understand the power and the love of God according to the Scriptures, and how we can receive the kingdom of heaven and welcome the presence of God into every aspect of our lives. The Torah describes the divine inspiration of the Word of God by the prophetic message and the meaning of the Messiah in the proclamation of the kingdom of heaven. The Apostolic Writings (NT) contains references to the Shema, Judaism’s central doctrine, as it bears witness to the teachings of Yeshua, James, and Paul. In the ministry of Paul, the Shema became a central point in his teachings to the Jews and the Gentiles. This concept of the kingdom of heaven is captured in Yeshua’s teachings as he taught about the sovereignty of God in our lives. The divine presence, just as we see in the descriptions of the Torah, are revealed in the teachings of Yeshua as God’s chosen messiah through whom we receive, renewal, completeness, unity, and the singleness of God in a world filled with the worship of many gods (polytheism). In the descriptions of Judah as going forth to determine the way and to lead his brothers to the place that is prepared for them, reminds us of the Messiah, the sonship, the glory, the covenants, the giving of the Torah, the worship of God, the promises, the patriarchs, the race that we run (the life we live), and the mercy of God. We find the entirety of the Gospel Message right here in Parashat Vayigash! The concept of God in Jewish belief remains a pillar of faith for people from every nation seeking the God of Israel. In Yeshua’s statement to seek first the kingdom of heaven and God’s righteousness, we are given a powerful testimony to the Jewish inception of the faith and trust in God, with the kingdom of heaven in the rabbinic literature, and Yeshua;s message of God’s reign in our lives, coupled with the Torah’s teaching on the presence of God in our lives, the common bond of God’s Messiah guiding us in the way of serving God and bringing glory to His name. This is how the Torah is inseparable from the Gospel Message!

Muhammad or Jesus of Nazareth?