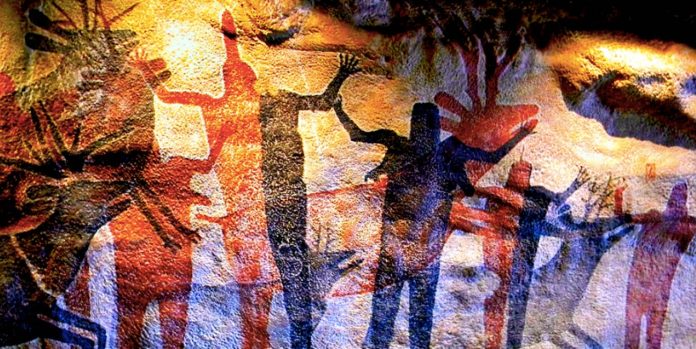 The topic being presented here in the article on being the only humans on Earth is based upon the theory of universal common descent (UCD), which postulates all organisms on Earth have descended by modification from a common ancestor, dubbed the “last universal common ancestor” (LUCA).  The principle of continuity holds that every step in any evolutionary pathway must be biologically possible.  This basic principle actually challenges UCD as it is presented in the evolutionary biologists “tree of life” diagram from its base to its branches.  Within this hypothesis of common descent and continuity is a developed presupposition that evolution is true and we are evolved creatures that leads to the opening statements written in the article titled “Scientists Present New Theory Explaining Why We’re the Only Humans on Earth.” The author of this article states the following:

“It’s easy to forget that we’re a single species within the genus Homo because everyone else is dead. Currently, it looks like Homo — a group of hominins that includes ancient beings like Homo erectus and Homo neanderthalensis — is a family of seven, though that number is debatable. Regardless, Homo sapiens are the only humans alive, and the reason why is still a mystery. In a paper released Monday, scientists float a new explanation: The reason our ancestors avoided extinction was because they could explore and adapt.” ( Sarah Sloat on July 31, 2018)

The presupposition that is presented here is the dogmatic belief that we descended from apes and this belief is so great it actually may stand in the way of biological understanding, not to mention falling greatly short of spiritual truth.  Nevertheless, due to the presupposition that evolution is true, these scientists are struggling with the idea that homo sapiens are the only humans alive were the other ancient beings like homo erectus and homo neanderthalensis are gone.  In addition, due to the dogmatic acceptance of evolution, theistic evolutionists have proposed different models to explain the creation account found in Bereshit / Genesis 1-3 such as (1) The functional model, (2) the myth, (3) the view scripture should be understood as figurative and theological literature, (4) the sequential scheme interpretation (Bereshit / Genesis 1 happened long before chapter 2), and (5) the etiology as methodology (Bereshit / Genesis 1-3 was not written as factual history but as an explanation for certain features that we see in the world.) If we take one of four classical methods of Jewish biblical exegesis used by rabbis and Jewish bible scholars in reading the Hebrew Bible, the Peshat (פשט‬) we read the following:

Bereshit / Genesis 1:26
כו וַיֹּאמֶר אֱלֹהִים נַעֲשֶֹה אָדָם בְּצַלְמֵנוּ כִּדְמוּתֵנוּ וְיִרְדּוּ בִדְגַת הַיָּם וּבְעוֹף הַשָּׁמַיִם וּבַבְּהֵמָה וּבְכָל-הָאָרֶץ וּבְכָל-הָרֶמֶשֹ הָרֹמֵשֹ עַל-הָאָרֶץ:
1:26 Then God said, ‘Let Us make man in Our image, according to Our likeness; and let them rule over the fish of the sea and over the birds of the sky and over the cattle and over all the earth, and over every creeping thing that creeps on the earth.’ (NASB)

The Peshat (פשט‬) is one of four exegetical methods known together as PaRDeS.  The Peshat is commonly defined as referring to the surface or literal (direct) meaning of a text.  When examining Bereshit / Genesis 1:26, at a base level, we read the Lord God stating He will make man (אָדָם) in His image (כִּדְמוּתֵנוּ) meaning as having likeness and similitude to God.  This means that God gave us the innate ability to create and to change our environment to make it more suitable and hospitable for us to live and survive (“explore and adapt”).  This answers the question the scientists are struggling with in relation to our being the only one’s who are alive today.  This ability to create and transform our environment was necessary for the task that God gave us to take dominion over all the Earth, the fish, the birds, cattle, and all of the creeping things (insects), everything.  Within this context the Lord created man as one person and not as multiple persons per the presupposition of evolutionary biologists with the idea that homo sapiens are the only humans alive with there having existed other more ancient beings. The issue that we have here is to the matter of presuppositions and to what we have been taught.  Does one hold to the complete truthfulness of the facts as reported for us in the Torah (Bereshit / Genesis 1 and 2) as in the case of the fully created form of Adam and Eve as the first humans, or not?  Or do we hold onto what we have been taught at the universities that stand in contradiction to the Peshat (simple) meaning of Scripture?  Each of us has the responsibility to know God’s Word, and to investigate a matter to see if what is being taught is true, or not.  The Peshat (simple) meaning of these Scriptures is that evolution is incompatible with the truth that is written in God’s Word on the creation account.  The Apostle Paul wrote to Titus saying, “He must hold firm to the trustworthy word as taught, so that he may be able to give instruction in sound doctrine and also to rebuke those that contradict it.” (Titus 1:9)  We must believe all of the Scriptures are applicable for us today in life and service unto God and others.  The moment we begin to say the Torah has passed away, or this is no more, or that doesn’t matter to me, as to what is written in the Word of God, one looses the ability to give instruction in sound doctrine and all manner of beliefs and confusion enter into ones teaching.  The Torah teaches us God’s method of creation was by speaking all of creation into existence.  This is the God whom we trust, “the God who made the world and everything in it!” (Acts 17:24)

Ultrasound can ‘see’ when tumor cells turn genes on and off...

Bits of Torah Truths, Parashat Beshalach, Are You Prepared to Meet...