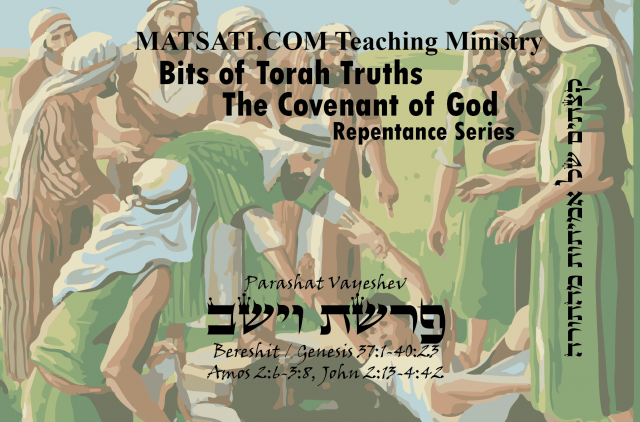 In the Scriptures there is the phrase “VeZot haTorah” (וְזאֹת הַתּוֹרָה) “This is the Torah” which is a reference to Moshe having set God’s Law before the people Israel, which came “directly from the mouth of God, through the hand of Moshe.” These words emerge from Devarim / Deuteronomy 4:44 (: ( מד וְזאֹת הַתּוֹרָה אֲשֶׁר-שָֹם מֹשֶׁה לִפְנֵי בְּנֵי יִשְֹרָאֵל and Bamidbar / Numbers 9:23 ( כג עַל-פִּי יְהוָֹה יַחֲנוּ וְעַל-פִּי יְהוָֹה יִסָּעוּ אֶת-מִשְׁמֶרֶת יְהוָֹה שָׁמָרוּ עַל-פִּי יְהוָֹה בְּיַד-מֹשֶׁה: ), and are recited in the traditional Jewish synagogue service each time the Torah is raised to be returned to the Aron Kodesh (Holy Ark). This statement emphasizes the significance of the Law of God for His people, that these words were written by the hand of Moshe at the mouth of God. The Talmud, and the Aggadah (Shemot Rabbah 47:1 on Shemot / Exodus 34:27) speak of how the Torah was revealed, some say progressively throughout the wilderness journey (see Rashi and Resh Lakish), others say that it was all revealed in its entirety on Sinai (see Nachmanides / Rambam, see his preface to his Torah commentary). Many of the Jewish Bible commentators, however, seem to describe a more progressive process, both with respect to the revelation of Torah and to the ultimate writing of the text of the Torah. The general consensus is however that Moses wrote all of the Torah, with the exception, perhaps, of the final eight verses as a result of his death. (see Talmud Bavli Menachot 30a). Due to the manner in which the Torah was transmitted (“the Word of God given by the hand of Moshe”), the rabbis believe every letter of the Hebrew bible was inspired by God Himself. As a result, even the most minor narratives in the Torah should be taken with great interest as instruction from the Lord above. While reading Parashat Vayetze, Joseph went looking for his brothers, we are told that he began his search at Shechem. The question is “Why was this incident in the Torah mentioned at all?” Does it really matter whether Joseph found his brothers in Shechem or Dothan or elsewhere? Why would a narrative as concise as the Masoretic Text take the time to recount Joseph’s false start in finding his brothers? This is the one aspect of Joseph’s life that I would like to discuss this week. “Why would Joseph believe his brothers would take their flock near Shechem?” and “What is the significance of narrative about Shechem and the man that met him in the field?” as we understand Shechem according to the rest of the Tanach? Note, Shechem is paralleled to sin in both the Torah and the Tanach. Was there sin in the heart of Joseph or his brothers? Was this why they drew near unto Shechem? Note also that if Joseph had not met the stranger he would have returned home, not been sold into slavery into Egypt, not become a ruler in Egypt, he would never have been able to provide salvation for all of Egypt or for his family during the famine in Israel, and his family would not have entered into four hundred years of slavery. It turns out this is a significant and pivotal point in the Torah narrative for the people of Israel. “Is sin required for the Lord to work in miraculous ways?” (i.e. in reference to Joseph looking towards Shechem and his brothers selling him into slavery, etc.) The point is, based upon the narrative in Parashat Vayeshev, the direction both Joseph and his brothers took in life led them towards Shechem, a place of immorality, idolatry, and sin. If Joseph and his brothers would have had a Torah-centric Judaism would they have been led astray into sin? Would Joseph have been found wandering about in the field in this way as we read he was? Let’s discuss this topic a little further.  To read more click here: BTT_Parashat Vayeshev 2016

Bits of Torah Truths, Parashat Haazinu, The Joy of Torah