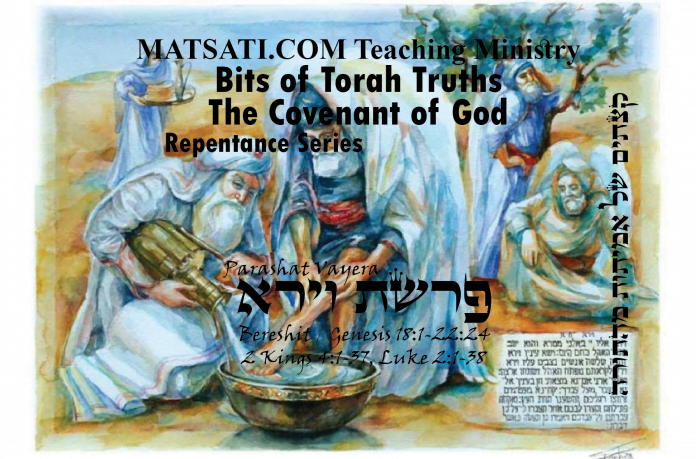 In this week’s Torah portion the Lord God Almighty Himself met with Abraham over dinner as a friend to discuss what was taking place in the nearby region of Sodom and Gemara.  These places of wickedness had gone up before God to the extent that He sent His messengers to investigate the matter.  Following the meal, the messengers traveled to Sodom and we read the following, טֶרֶם֮ יִשְׁכָּבוּ֒ וְאַנְשֵׁ֨י הָעִ֜יר אַנְשֵׁ֤י סְדֹם֙ נָסַ֣בּוּ עַל־הַבַּ֔יִת מִנַּ֖עַר וְעַד־זָקֵ֑ן כָּל־הָעָ֖ם מִקָּצֶֽה׃ 19:4 They had not yet lain down, when the townspeople, the men of Sodom, young and old—all the people to the last man—gathered about the house. וַיִּקְרְא֤וּ אֶל־לוֹט֙ וַיֹּ֣אמְרוּ ל֔וֹ אַיֵּ֧ה הָאֲנָשִׁ֛ים אֲשֶׁר־בָּ֥אוּ אֵלֶ֖יךָ הַלָּ֑יְלָה הוֹצִיאֵ֣ם אֵלֵ֔ינוּ וְנֵדְעָ֖ה אֹתָֽם׃ 19:5 And they shouted to Lot and said to him, “Where are the men who came to you tonight? Bring them out to us, that we may be intimate with them.”  Note how the men of the city did not just assume these visitors would have sexual relations with them; their level of depravity in their request was one of criminal activity.  This is the conclusion of the commentary Chizkuni on Bereshit / Genesis 19:5 Part 1 which states, “ונדעה אותם, so that we may engage in homosexual relations with them;” the word ידע is familiar to us from Genesis 4:1 where it described Adam in engaging in carnal relations with Chavah. Besides, it is clear from Lot’s offer of his two virgin daughters as an alternative to satisfy the carnal desires of the men of Sodom (19:8), that these men were planning a criminal activity.”  The people of Sodom are the example of a people living by their emotions and the desires of the flesh (יצר הרע, Yetser Hara).  This is the mentality of our culture today to teach our children to be fluid, gender neutral, or whatever suits one’s carnal feelings at any given time.  This is a culture of immorality and sin which was so great the Lord God in heaven destroyed these peoples.  This is the very same culture we find ourselves living in today.