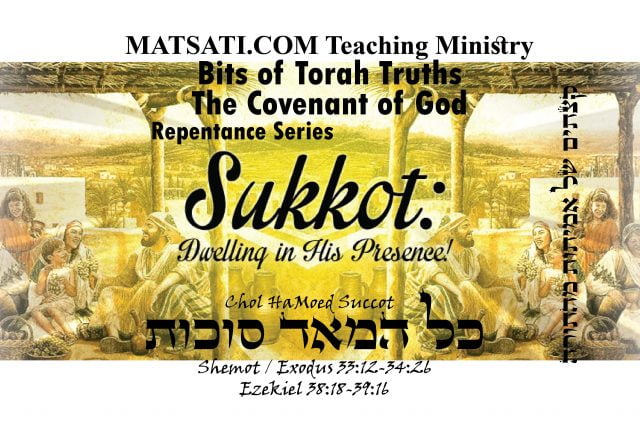 33:12 Then Moses said to the Lord, ‘See, You say to me, ‘Bring up this people!’ But You Yourself have not let me know whom You will send with me. Moreover, You have said, ‘I have known you by name, and you have also found favor in My sight.’ 33:13 ‘Now therefore, I pray You, if I have found favor in Your sight, let me know Your ways that I may know You, so that I may find favor in Your sight. Consider too, that this nation is Your people.’ 33:14 And He said, ‘My presence shall go with you, and I will give you rest.’ 33:15 Then he said to Him, ‘If Your presence does not go with us, do not lead us up from here. 33:16 ‘For how then can it be known that I have found favor in Your sight, I and Your people? Is it not by Your going with us, so that we, I and Your people, may be distinguished from all the other people who are upon the face of the earth?’ 33:17 The Lord said to Moses, ‘I will also do this thing of which you have spoken; for you have found favor in My sight and I have known you by name.’ 33:18 Then Moses said, ‘I pray You, show me Your glory!’ 33:19 And He said, ‘I Myself will make all My goodness pass before you, and will proclaim the name of the Lord before you; and I will be gracious to whom I will be gracious, and will show compassion on whom I will show compassion.’ 33:20 But He said, ‘You cannot see My face, for no man can see Me and live!’ 33:21 Then the Lord said, ‘Behold, there is a place by Me, and you shall stand there on the rock; 33:22 and it will come about, while My glory is passing by, that I will put you in the cleft of the rock and cover you with My hand until I have passed by. 33:23 ‘Then I will take My hand away and you shall see My back, but My face shall not be seen.’ 34:1 Now the Lord said to Moses, ‘Cut out for yourself two stone tablets like the former ones, and I will write on the tablets the words that were on the former tablets which you shattered. 34:2 ‘So be ready by morning, and come up in the morning to Mount Sinai, and present yourself there to Me on the top of the mountain. 34:3 ‘No man is to come up with you, nor let any man be seen anywhere on the mountain; even the flocks and the herds may not graze in front of that mountain.’ 34:4 So he cut out two stone tablets like the former ones, and Moses rose up early in the morning and went up to Mount Sinai, as the Lord had commanded him, and he took two stone tablets in his hand. 34:5 The Lord descended in the cloud and stood there with him as he called upon the name of the Lord. 34:6 Then the Lord passed by in front of him and proclaimed, ‘The Lord, the Lord God, compassionate and gracious, slow to anger, and abounding in lovingkindness and truth; 34:7 who keeps lovingkindness for thousands, who forgives iniquity, transgression and sin; yet He will by no means leave the guilty unpunished, visiting the iniquity of fathers on the children and on the grandchildren to the third and fourth generations.’ 34:8 Moses made haste to bow low toward the earth and worship. 34:9 He said, ‘If now I have found favor in Your sight, O Lord, I pray, let the Lord go along in our midst, even though the people are so obstinate, and pardon our iniquity and our sin, and take us as Your own possession.’ 34:10 Then God said, ‘Behold, I am going to make a covenant. Before all your people I will perform miracles which have not been produced in all the earth nor among any of the nations; and all the people among whom you live will see the working of the Lord, for it is a fearful thing that I am going to perform with you. (NASB)

This week’s Torah Portion states, יב   וַיֹּאמֶר מֹשֶׁה אֶל-יְהֹוָה רְאֵה אַתָּה אֹמֵר אֵלַי הַעַל אֶת-הָעָם הַזֶּה וְאַתָּה לֹא הוֹדַעְתַּנִי אֵת אֲשֶׁר-תִּשְׁלַח עִמִּי וְאַתָּה אָמַרְתָּ יְדַעְתִּיךָ בְשֵׁם וְגַם-מָצָאתָ חֵן בְּעֵינָי: יג   וְעַתָּה אִם-נָא מָצָאתִי חֵן בְּעֵינֶיךָ הוֹדִעֵנִי נָא אֶת-דְּרָכֶךָ וְאֵדָעֲךָ לְמַעַן אֶמְצָא-חֵן בְּעֵינֶיךָ וּרְאֵה כִּי עַמְּךָ הַגּוֹי הַזֶּה: יד   וַיֹּאמַר פָּנַי יֵלֵכוּ וַהֲנִחֹתִי לָךְ: 33:12 Then Moses said to the Lord, ‘See, You say to me, ‘Bring up this people!’ But You Yourself have not let me know whom You will send with me. Moreover, You have said, ‘I have known you by name, and you have also found favor in My sight.’ 33:13 ‘Now therefore, I pray You, if I have found favor in Your sight, let me know Your ways that I may know You, so that I may find favor in Your sight. Consider too, that this nation is Your people.’ 33:14 And He said, ‘My presence shall go with you, and I will give you rest.’(NASB)  What we learn from these Scriptures is Moshe’s defining the meaning of “faithfulness,” to seek to draw near to the Lord God of Israel at a greater level, to know Him by walking in His ways, and in doing so finding His grace.  This is the biblical context of the word חסד chesed that is connected with the Davidic promises, faithfulness, the covenant, and truth.  The word חסד chesed draws in the concept of “covenantal grace/mercy” or “Covenant of grace/mercy” and is why the Hebrew translation of the NT so often uses the word חסד chesed in its translation of Greek word χαρις (grace).  This is also why Paul writes of the obedience of the faith in Romans 15:17-18 and 16:26-27, because faith creates faithfulness in our lives.  There is no salvation without faith and faithfulness to the Lord God in heaven and His Messiah Yeshua!  The gospel message is connected to obeying God.  This is why Paul has been hindered from coming to the Romans, because the obedience of the gospel is vitally important.  Examining the epistles of Paul, he always taught obedience that comes from the faith is the fruit of the Spirit which demonstrates our faithfulness in our Father in heaven and in His Messiah Yeshua.  If we consider all of Scripture and the truthfulness of these things we have been discussing, this stands against the faith alone teachings we find in the church today!  If these things are true, what are the implications for us today? (see Matthew 7)  Based upon Matthew 7, there is a doctrine that is being taught that is sending millions of Christians to hell!   The rabbis understand chesed (grace) from the Torah in the following way.

הודיעני נא את דרכיך, “please instruct me in Your ways.” Moses wished G-d to instruct Him of His attributes. Once he had been instructed in those, he would be able to determine if he wished for the Jewish people to be led by one or more of G-d’ attributes or by His essence. (B’chor Shor)
Part 2

ואדעך, “so that I will know You more intimately and be able to cleave to You more closely;” As result, I will be able to find favor in Your eyes.

Moshe uses the word וְאֵדָעֲךָ to describe the intent of his words, to know the Lord God at a more intimate level.  This is the point of the mitzvot (commands).  Our short comings and failures in keeping perfectly His Torah, we learn about ourselves, and we learn about the Lord in heaven, and most importantly, about His mercy and grace which draws us back to repentance again and again in our lives.  Note how the commentary Chizkuni says “to be led by one or more of God’s attributes or by His essence.”  The attributes of God are His commands, the essence of God is his mercy/grace.  This is a question that is opened for discussion by the rabbis here in the commentary.  The Apostolic Writings says we are led by God’s grace, which is what leads us to repentance, and turning from our ways of sin to His ways of righteousness in the commands.  The rabbinic commentary is very consistent with the writings of the New Testament!

Rashi speaks of knowing the way of God, the reward for knowing God’s ways is the finding of the grace of God.  Note how Rashi understands faith and faithfulness go hand in hand which is why the gospel message is connected to the obedience of the faith (obeying God).  Notice how it is the Lord God Almighty who makes His ways known to us, just as Rabbeinu Bahya comments saying in the following commentary.

הודיעני נא את דרכיך, “make Your ways known to me.” According to the plain meaning of the text the word דרכיך means “Your attributes.” The “ways” of the Lord are His attributes, His virtues. This is the way David used the expression in Psalms 103,7 where he wrote יודיע דרכיו למשה, “He would make Moses conversant with His attributes.” The fact is that in that psalm David immediately proceeds to list these attributes of the Lord, such as רחום וחנון ה’ ארך אפים ורב חסד, “the Lord is compassionate and gracious, slow to anger abounding in steadfast love.” Moses attempted to gain an understanding of G’d’s essence by means of being told His attributes. G’d’s activities were to be the clue to understanding His essence.  G’d responded to him in the following way: “I will allow all My goodness to pass before you” (verse 19). Moses’ second request, i.e. הראני נא את כבודך, “let me see Your glory” (verse 19), was denied. In response to this second request G’d told Moses that it is not given to mortal man to have a vision of G’d’s glory while alive.

ואמר רבי חמא ברבי חנינא מאי דכתיב (דברים יג, ה) אחרי ה’ אלהיכם תלכו וכי אפשר לו לאדם להלך אחר שכינה והלא כבר נאמר (דברים ד, כד) כי ה’ אלהיך אש אוכלה הואAnd Rabbi Ḥama, son of Rabbi Ḥanina, says: What is the meaning of that which is written: “After the Lord your God shall you walk, and Him shall you fear, and His commandments shall you keep, and unto His voice shall you hearken, and Him shall you serve, and unto Him shall you cleave” (Deuteronomy 13:5)? But is it actually possible for a person to follow the Divine Presence? But hasn’t it already been stated: “For the Lord your God is a devouring fire, a jealous God” (Deuteronomy 4:24), and one cannot approach fire.

Why Do We Read and Study Torah? Introduction 8, New Torah Series, Bits of Torah Truths

A New Concept in Programmable Synthetic Materials – A Spiritual Insight

Bits of Torah Truths, Parashat Vayeshev, What does it mean...