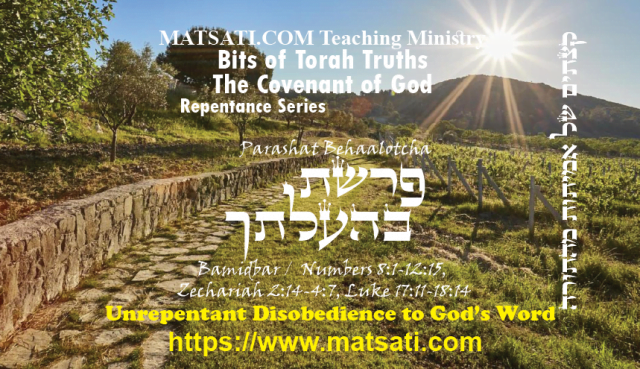 Bits of Torah Truths, Parashat Massei, Being Reckless or Unintentional in...