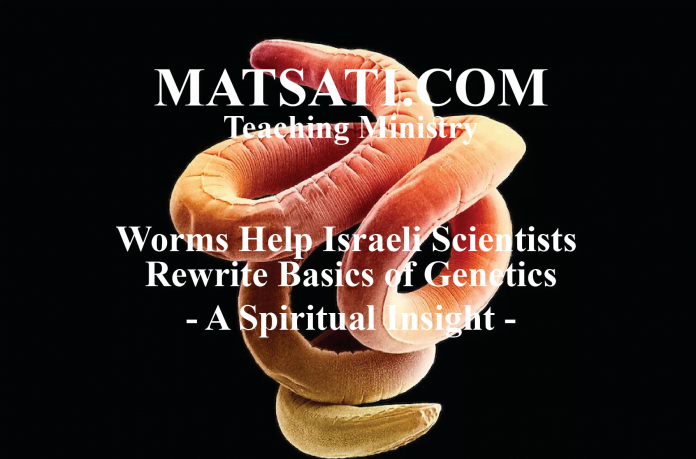 Nematodes are roundworms that constitute the phylum Nematoda. They are a diverse animal phylum inhabiting a broad range of environments. Nematodes have successfully adapted to nearly every ecosystem on earth, from marine (salt) to fresh water, soils (from the polar regions to the tropics), as well as the highest to the lowest of elevations. They are present in freshwater, marine, and terrestrial environments, where they often outnumber other animals in both individual and species counts, and are found in locations as diverse as mountains, deserts, and oceanic trenches. They are found in every part of the earth’s lithosphere (the rigid outer part of the earth, consisting of the crust and upper mantle), and are found at great depths, 0.9–3.6 km (3,000–12,000 ft) below the surface of the Earth in gold mines in South Africa. They represent 90% of all animals on the ocean floor. Their numerical dominance, often exceeding a million per square meter and accounting for about 80% of all individual animals on earth, their diversity of life cycles, and their presence at various trophic levels (hierarchical levels in an ecosystem) point to an important role in many ecosystems. These worms reproduce quickly and their genome contains nearly the same number of genes as the human genome. The Tel Aviv University (TAU) researchers discovered a mechanism in the nematodes that allows the nervous system cells to communicate with germ cells, those cells that contain the information (genetic and epigenetic) that is transmitted to future generations. [1-4] The study identifies the way in which neurons transmit messages to future generations. The mechanistic pathway say researchers “is controlled by small RNA molecules, which regulate gene expression.” The study discovered how “small RNAs convey information derived from neurons to the progeny and influence a variety of physiological processes, including the food-seeking behavior of the offspring.” According to the study, this is the first time a mechanism has been identified that can transmit neuronal responses across generations. The discovery may have major implications for understanding of heredity of a species. The researchers state,

“It’s important to stress that we don’t know yet whether any of this translates to humans. If it does, then studying the mechanism could have a practical use in medicine. Many diseases might have some epigenetically inherited component involving changes in caused by modification of gene expression rather than changes of the genetic code itself. Deeper understanding of nonconventional forms of inheritance would be crucial to better understand these conditions and to design better diagnostics and therapies. It would be fascinating to see if specific neuronal activities can impact the inherited information in a way that would give specific advantages to the progeny. Through this route, parents could potentially transmit information that would be beneficial to the progeny in the context of natural selection. It could therefore potentially influence an organism’s evolutionary course.”

The Spiritual insight that we receive from this type of research is found in the idea of passing on generational traits as we see according to Bereshit / Genesis 17:9, ט וַיֹּאמֶר אֱלֹהִים אֶל-אַבְרָהָם וְאַתָּה אֶת-בְּרִיתִי תִשְׁמֹר אַתָּה וְזַרְעֲךָ אַחֲרֶיךָ לְדֹרֹתָם: “Hashem further said to Avraham, “As for you, you and your offspring to come throughout the ages shall keep My covenant.” In the Hebrew bible, we find the phrase מדור לדור occurring quite frequently, meaning “from dor to dor” or “from generation to generation.” The Hebrew words Dor L’Dor signifies how the passing of Jewish traditions and teachings from one generation to another has preserved Judaism, the people (Israel), and the traditions from the Bible. Note how this is the function of the command to pass the tradition of holding God’s Word to a high standard and communicating this and teaching this to our children.  This is emphasized in the comments that Haman makes to king Xerxes in Esther 3:8 Then Haman said to King Xerxes, “There is a certain people dispersed among the peoples in all the provinces of your kingdom who keep themselves separate. Their customs are different from those of all other people, and they do not obey the king’s laws; it is not in the king’s best interest to tolerate them.” (NIV)  Notice how these customs (traditions) caused the people to separate themselves such that they do not violate the covenant of God by worshiping false gods.  Something similar is being communicated to us with a warning according to Parashat Ki Tetzei in Devarim / Deuteronomy 25:17-19.

Comparing the text from Shemot / Exodus 17:8-16 we find that some details have been left out. In Shemot / Exodus we learn that Amalek attacked Israel from the rear slaughtering the weakest members of the community symbolized by those who trailed behind the congregation of Israel. We are also told that Amalek acted with cruelty because “he did not fear God” (לא יָרֵא אֱלהִים). The idea being put forward here is that Amalek taught the world how to be cruel, to attack the nation that had come out of Egypt and was wandering around in the desert. He did not fear the God of Israel who delivered her from the hand of a powerful nation. This is the way of the world, to terrorize the righteous, to practice cruelty, and to engage in blood-lust, and to not fear the God of Israel. This is the approach of nearly all governments in the world, and is the way of religious cults who refuse the truth of the God of Israel teaching their own spin on the truth. Because of this, the story of Amalek was written in the Torah, to cause us not to forget. From generation to generation we are to pass on this story of Amalek who symbolizes all spiritual warfare in the lives of God’s people. Remember as the battle raged on, Moshe went to the top of the mountain holding his staff, raised in his hand in prayer to the Lord for Israel to prevail. We read as Moshe’s hand grew heavy, Amalek prevailed, but when Moshe’s hand became strong, Israel prevailed. This battle lasted until the end of the day (sunset) and Amalek was defeated. To commemorate the victory, Moses built an altar and called it, Adonai Nissi (יהוה נִסִּי), the LORD is my banner (or the LORD is my Miracle), saying, “A hand upon the throne of the LORD (כִּי־יָד עַל־כֵּס יָהּ). The LORD will make war with Amalek from generation to generation” (Shemot / Exodus 17:16). The analogy here is Moshe stretched out his hands upon the throne of God in order to gain victory in the battle against the spiritual forces that come against the people of God. The Lord God Himself commands us in the Torah to remember (זָכוֹר) the Shabbat to keep it holy (see Shemot / Exodus 20:8), to remember (זָכוֹר) the redemption of the Passover (see Shemot / Exodus 13:3), to remember (זָכוֹר) what God did to Miriam because of lasho hara with its connection to hamotzi ra (Devarim / Deuteronomy 24:9) the wellspring of evil which comes from the heart. In a similar manner, we are commanded to remember (זָכוֹר) what Amalek did to Israel (Devarim / Deuteronomy 25:17). In order to fulfill this commandment to remember, Jewish tradition publicly recites these verses on the Shabbat before Purim (called Shabbat Zachor, the Sabbath of remembering) so that the ‘wiping-out’ of Amalek might be connected with the ‘wiping-out’ of Haman the Agagite.  Note how Haman was a descendant of Amalek (Esther 3:1) and the connection here to both spiritual and physical warfare.

In the Hebrew words Dor L’Dor, we are reminded how the Torah describes Amalek as something more than simply a particularly wicked people who attacked the children of Israel. No, Amalek symbolizes the collective children of darkness, the servants of the evil one, these are the types of people that make up this world. Historically, Amalek may have been a grandson of Esau and chief of an Edomite tribe (see Bereshit / Genesis 36:12, 36:16), and he is also described as “first among the nations” (רֵאשִׁית גּוֹיִם), even predating the time of Abraham (see Bereshit / Genesis 14:7 and Bamidbar / Numbers 24:20). Augustine described Amalek as the “city of the world” where Israel represented the “city of God.” This historical perspective leads us to understand how Amalek represents the children of darkness, he teaches his children to do wickedly as opposed to the children of God who teach their children to act righteously. The Lord God used Amalek to attack Israel because during this time the people doubted the Lord by asking whether the Lord was among them? (see Shemot / Exodus 17:7-8) How often do we doubt God and whether He is among us today? The idea of wiping out Amalek is representative of the spiritual warfare we are all a part of, and the weapons of our warfare is the truth of God, the salvation of His Son Yeshua the Messiah in our lives (2 Corinthians 10:4), and the Word of God according to the Bible! Paul wrote that we are to cast off the works of darkness and wrap ourselves with the armor of light which is righteousness (Romans 13:12). Like what we read in the scientific research on the transmission of genetic traits for food seeking behaviors of future generations, we are to teach our children and those around us to seek the life giving waters of God in his Messiah Yeshua, and the food He provides in His living Words found in the Scriptures! This will cause future generations (Dor L’Dor) to NOT act like Amalek, but to walk in righteousness as we are called to emunah (faith) with the ayin hatovah (the good eye) of trusting in the God of Israel. This is why we are called “children of light” (בְּנֵי הָאוֹר) who walk in the light according to the Scriptures! (see John 12:36, Ephesians 5:8, 1 Thessalonians 5:5, and 1 John 1:7)

What happens to the natural world if all the insects disappear?...

The Lord will Make Our Battles Successful, ישעיהו ט:יא-כ / Isaiah...