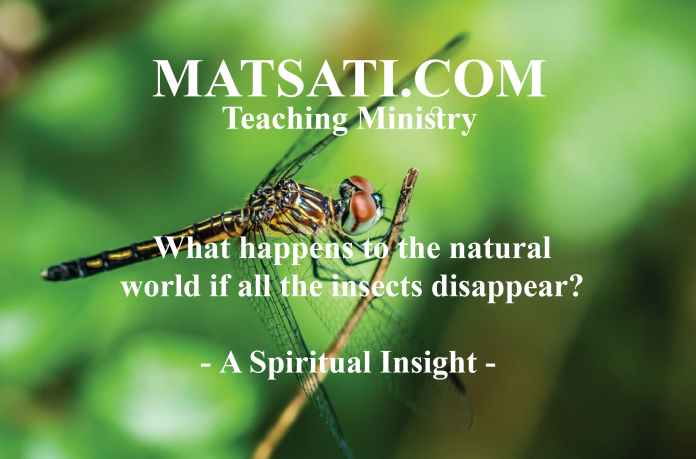 A recent publication titled “How Many Species of Insects and Other Terrestrial Arthropods are there on the Earth?” [1] describes methods for estimating the number of insects on the earth. The researchers have improved their software based estimation tools using statistics and the new estimates indicate that globally there are approximately 1.5 million, 5.5 million, and 7 million species of beetles, insects, and terrestrial arthropods, respectively. The publication states that only 1 million insect species have been named, this suggests that 80% remain to be discovered.

In addition to this information, researchers are reporting that bug populations are declining at an alarming rate. [2]

Researchers say this could lead to the extinction of 40% of the world’s insect species over the next few decades. This is worrisome because the agricultural world needs insects to turn over the dirt and nutrient content of the ground. It is believed this is the result of pesticides and chemicals that are sprayed on the crops leading to habitat loss. What will most likely happen, some species of insect will disappear and others will move in to their place leading to a loss of diversity in the ecological system.

The difficulty with insect identification is many insects look very similar and are only distinguishable by their DNA. These species are called “cryptic species” and there are on average six cryptic species for every easily recognizable kind of insect.

The problem with the loss of insect life is that many of these creatures are the primary components of the terrestrial food web. These insects use plant material to grow, for example, caterpillars and grasshoppers chew plant leaves, aphids, and planthoppers suck their juices, bees take the pollen, and drink the nectar, and beetles and flies eat their fruits and their roots. The wood of trees are eaten by wood boring insect larvae. These plant eating insects are also eaten by other insects, birds, and animals. It is when insect numbers decrease that animals higher up the food chain suffer. This has been reported to occur in the paper titled “Climate-driven declines in arthropod abundance restructure a rainforest food web.”

The Spiritual insight that we can glean from the research on the insect world may be taken from and illustration given from the Torah according to the Talmud Bavli Sanhedrin 71B:

MISHNA: A stubborn and rebellious son is sentenced to death not because of the severity of the transgression that he already committed but on account of his ultimate end, because a boy of his nature will grow up to lead an immoral life, and it is better that he should die while he is still innocent, before causing excessive harm, and not die after he becomes guilty. This is because the death of the wicked is beneficial to them, because they can no longer sin, and it is also beneficial to the world, which is now rid of those who do it harm. Conversely, the death of the righteous is detrimental to them, as they can no longer engage in the performance of mitzvot, and it is also detrimental to the world, as the righteous are now absent from it.

Here we have the rabbis opening a discussion from the Mishnah (Oral Torah) on the command of the rebellious son. (Devarim / Deuteronomy 21:18-21) The mitzvah (command) is for a stubborn and rebellious son who is sentenced to death, it is for the benefit of the world because he would grow to become immoral and wicked which would lead others to do the same. The Talmud says “Conversely, the death of the righteous is detrimental to them, as they can no longer engage in the performance of mitzvot, and it is also detrimental to the world, as the righteous are now absent from it.” The rabbis say the former is a benefit to the world because of the removal of wickedness, and the later is a loss because of the removal of the righteous. The idea being put forward here is to our not just living for the Lord, to obey His word, and to live a righteous life. The idea is how these things should also benefit others, to lead others to doing what is righteous, true, and just for the greater benefit of the world. Just as we read what scientists are reporting the loss of insects are a loss to the ecological system that depends upon it (i.e. all life on this plant depends upon the vitality of the insect world). If all of the insects were to be lost, life on this planet would end due to the diverse ecosystem and the dependency and vitality of this system upon the insects. There is also a dependency and vitality of the righteous to the world. If we are not telling others about the God of Israel, about His love, His righteousness, His mercy, and His Messiah, the world will be lost. If the righteous are removed, we get a situation like what Yeshua said in Matthew 5:13 Ye are the salt of the earth: but if the salt have lost his savour, wherewith shall it be salted? it is thenceforth good for nothing, but to be cast out, and to be trodden under foot of men. (NASB) Salt was extremely important in the ancient world, and ancient communities knew that salt was a requirement of life. It was most used as a preservative; this use was important enough that salt was sometimes even used as currency, from which the word “salary” originates. The most common interpretation of this verse as a reference to salt is as a preservative, and this is the duty of God’s people as preserving the purity of the world. The issue of salt losing its flavor is somewhat problematic. Salt itself, sodium chloride (NaCl), is extremely stable and cannot lose its flavor. In order for NaCl to lose its flavor it must fundamentally change at the atomic level. This is what happens for the one who allows the way and system of this world to interact in their hearts to begin walking in wickedness as opposed to walking in God’s Ways by the power of God’s Spirit. The literal translation of the Greek: μωρανθῇ, mōranthē, means  to “lose its savor,” and refers to “becoming foolish” and that is what happens when one chooses to go along with the world’s standard as opposed to what God wants according to His Word. The idea here is how much of the fear of God is being lost among God’s people today? Just as the insect world is giving way to insecticides and pesticides, God’s people are giving way to this world system, and adopting the attitudes and mindset of those who are lost.  This is why it is important to seek the Lord God our Father in heaven and His Son Yeshua to deliver us from this world and from its sinfulness.  We need to learn how to walk and live according to God’s will (His Word) since we have grown up in a sinful and idolatrous world. We have an advocate on our behalf, just as the people had an advocate on their side who speaks to God face to face for mercy / grace. The context we have of Yeshua being our advocate, a Messianic redeemer before God, he intercedes on our behalf and causes the wrath of God to turn from us.  This is what we see going on in Parashat Ki Tisa, and this is what will happen if we are willing to turn from our sinful ways.  The point is, without God’s help this is impossible!  We have to make it a point to take the time to study God’s Word, calling upon His name in the name of His Son Yeshua the Messiah.  Like Moshe, we need to The text states that Moshe pleaded (וַיְחַל) with the face (פְּנֵי) of God. Here the word וַיְחַל means “to become weak or sick.” The idea is Moshe pleaded with the Lord until the point of exhaustion of his body.  This is the way the author of the book of Hebrews writes saying, Hebrews 12:3 Consider Him who endured such hostility from sinners, so that you will not grow weary and lose heart. 12:4 In your struggle against sin, you have not yet resisted to the point of shedding your blood. 12:5 And you have forgotten the exhortation that addresses you as sons: “My son, do not take lightly the discipline of the Lord, and do not lose heart when He rebukes you…”  The author of the book of Hebrews calls for extreme measures in regards to sin and seeking God’s help.  In light of the deceptions of this present world, it is important that we take extreme measures to grew near to the Lord.

Bits of Torah Truths, Parashat Toldot, Who are You?

The Lord will Make Our Battles Successful, ישעיהו ט:יא-כ / Isaiah...