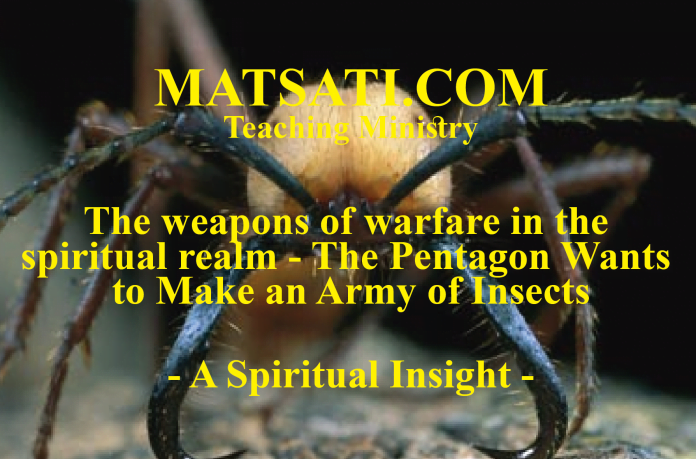 Dr. Blake Bextine with the Defense Advanced Research Projects agency (DARPA, https://www.darpa.mil/program/insect-allies) reports researchers thinking of ways to protect the U.S. crop ecosystem in the event of natural and engineered threats to the home grown U.S food supply. Threats such as pathogens, drought, flooding, and frost. The objective these researchers are attempting to achieve is to use genetically modified insects, which are scalable and readily deployable (using gene-editing techniques like CRISPR), to spread viruses to make America’s crops more resilient. For example, if a soybean or corn field were hit with drought conditions, or exposed to a pathogen, gene-modified insects could be released that carry genetically modified virus to slow the corn plant’s growth rate to allow the plant to survive. The journal science (http://science.sciencemag.org/content/362/6410/35) reports some concerns that the project could easily be exploited as a biological weapon. One of the major concerns are insects being used as a vector to spread disease is a classical form of bio-weapon. Dr. Bextine argues that the research is geared toward delivering positive traits to plants, genetically modifying them, which some have pointed out poses a potential problem in and of itself. It is reported that four U.S. colleges (Boyce Thompson Institute, Penn State University, Ohio State University, and the University of Texas at Austin) have received funding to carry out the research. Dr. Bextine told the Washington Post that the project recently achieved its first milestone describing how testing proved it is possible to use an aphid (a minute bug that feeds by sucking sap from plants) to infect a stalk of corn with a designer virus that caused fluorescence.

The Spiritual insight that I was reminded of was related to Yeshua’s words on sheep in wolves clothing! (Matthew 7:15) A wolf in sheep’s clothing is an idiom of Biblical origin used to describe those playing a role contrary to their real character with whom contact is dangerous, particularly false teachers. Much later, the idiom has been applied by zoologists to varying kinds of predatory behaviour. These are important points as this pertains to the nature of the one who goes in a deceptive manner to kill and destroy. Maimonides in his Mishneh Torah, Kings and Wars 12:1 states the following:

It should not occur to you that during the days of the Messiah a single thing from the “ways of the world” will be canceled nor will there be something novel in the Creation. Rather, the world will continue in its customary way. Now, that which is said in Isaiah, “And the wolf will live with the sheep and the leopard shall lie down with the kid” (Isaiah 11:6) is a parable and riddle. The substance of the matter is that Israel will dwell in safety with the wicked of the world who are compared to wolves and tigers, as it says, “a wolf of the deserts spoil them, a leopard watches over their cities” (Jeremiah 5:6). But, they will all return to the true religion and they will not steal and not destroy. Rather, they will eat of the permissible foods comfortably like Israel, as it says, “and the lion will eat straw as does the ox” (Isaiah 11:7). And so similar matters written about the Messiah are parables. In the days of the King Messiah everyone will understand these parables and to what these matters were compared and to what was hinted.

Here Maimonides Mishneh Torah is speaking concerning the days of the King Messiah asking about the ways of the world saying their sinful ways will not be canceled. The biblical reference to the nations as wolves is in the context of being deceived by idolatry and to serve the Lord God the way the nations serve their gods. These things are derived from the Torah command according to Devarim / Deuteronomy 12:28-13:4.

Bits of Torah Truths, Chag Succot, The Expectation of Something Great

Bits of Torah Truths, Parashat Vayechi, Our Strength is in Him