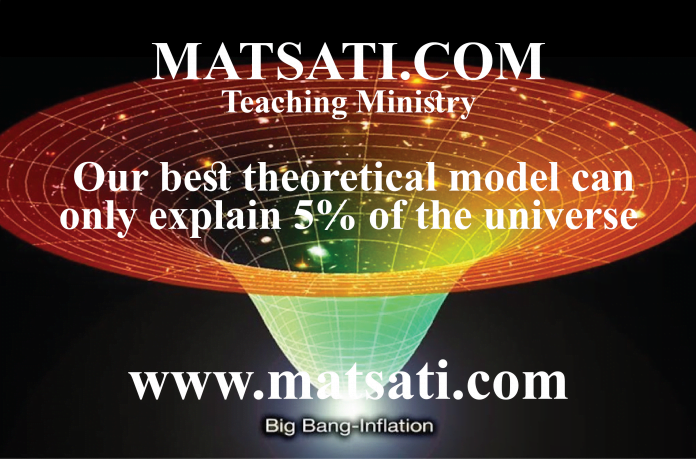 Our way of looking at the universe has gradually evolved through the course of history.  This has occurred through Scientific Experiment, Observation, and through a natural selection of ideas based upon what the evidence suggests. In the course of man’s attempts to explain the universe, scientists have developed various models of the Universe including the categories for the Historical-, the Expanding-, and the Cellular- Universes. From the historical perspective, the geocentric universal model was first proposed.  In astronomy, the geocentric model (also known as geocentrism, or the Ptolemaic system) is a superseded description of the Universe with Earth at the center. Under the geocentric model, the Sun, Moon, stars, and planets all orbited Earth.  This model has been proven wrong based upon basic observational science using telescopes from the earth.  The expanding universe model describes the expansion of the Universe which is a key feature of the Big Bang cosmology.  In this model scientists propose the universe sits upon a surface that is expanding in all directions, like an expanding balloon.  In this  case the balloon is expanding into empty space that is “beyond the Universe.” The Cellular Universe theory is an attempt to complete the quest for unification, to formulate many of the laws of cosmology within a single biological framework. The present biological model shows some macro-micro similarities between the universe and the cell.

Considering the brief summary of these cosmological models, astrophysicists are the first to admit, our best theoretical model can only explain about 5% of the universe. The reason being, it is assumed the universe is approximately 13.8 billion years old and we observe various galaxies throughout the observable universe as holding together (i.e. the Milky Way spiral galaxy appears to be holding together rather than flying apart). The idea behind this is when galaxies spin or galaxy clusters collide they do not entirely fly apart.  There is a gravitational attraction that holds them together and the solution to this problem is that there exists dark mater (DM) that exerts an additional gravitational pull binding the clusters together.  The galaxies do not fly apart because of gravitational forces that bind the clusters together where the force is provided by both the baryonic matter and DM.  The concept of dark energy is what scientists believe is the driving force that causes the universe to expand.

Based upon this phenomenon of the galaxies not flying apart the idea of the expanding universe does not explain 95% or our universe and so scientists propose the universe is made up almost entirely of invisible, unknown material dubbed dark energy and dark matter. Today, the modern the idea is the universe consists mostly of this dark energy and dark matter though there are a billion trillion stars in the observable universe, these stars are actually extremely rare relatively speaking considering dark mater and energy. The existence of dark mater can only be inferred from gravitational effects.  Dark matter is as described, an invisible material, hence it is called “dark” which exerts a gravitational force on the surrounding matter which can be measured.  The dark energy is said to be the repulsive force that causes the universe to expand at an accelerating rate.  Originally these two things, dark mater and dark energy have been understood as separate things.  These two have always been treated as separate phenomena. A new study however, published in Astronomy and Astrophysics, titled “A Unifying Theory of Dark Energy and Dark Matter: Negative Masses and Matter Creation within a Modified ΛCDM Framework” by J. S. Farnes suggests these two things may both be part of the same concept – a single, unified “dark fluid” of negative masses.

The concept of negative masses is a hypothetical form of matter that would exhibit a negative gravity which results in the effect of repelling all other material around them. This negative mass matter would have the effect of accelerating towards normal matter as opposed to repelling.  One difficulty with this model is as the universe expands, the repulsive force would become weaker and weaker over time.  This however is not consistent with what we observe and so researchers have abandoned this theory, or modifying the theory to state if a dark matter exists, it should not thin out over time.  Researchers propose a modification to Einstein’s theory of general relativity to allow for negative masses to not only exist but to be created continuously in order to eliminate this thinning effect due to the expansion of the universe.  This concept is known as “Matter creation” and was also another early alternative theory to the Big Bang, known as the Steady State model. The main assumption going into this theory was that (positive mass) matter was continuously created to replenish material as the universe expands. We now know from observational evidence that this is incorrect. Scientists however continue to put forth the idea that negative mass matter can continuously be created. The research paper suggests that dark matter is never spread too thinly where instead it behaves exactly like dark energy and thus the unifying principle per the title of the paper.

The model proposed in the paper for negative mass matter is believed to be the repulsive force that holds a galaxy together. The gravity from the positive mass galaxy attracts negative masses from all directions, and as the negative mass comes nearer to the galaxy it in turn exerts a stronger repulsive force onto the galaxy that allows it to spin at higher speeds without flying apart. One could argue that this sounds a little far fetched. Despite these efforts, the idea of a negative mass cosmology could be wrong. This theory appears to provide answers to the open questions of the expanding universe, but remain suspicious due to the idea of negative matter being continuously created in order to provide an answer to these questions. What this research reveals to us is how significant our assumptions effect our interpretation of the observable universe.  There remains a lot that we do not know or understand.

The nature of reality for the individual relies heavily upon one’s presuppositions and we are able to see this in the strides being taken in astrophysics in order to understand the universe.  A slight modification of one’s presupposition, reading through the Torah reveals to us how God created a young earth and a young universe.  From a more recent creation, this may explain why the Milky Way spiral galaxy has not flew apart but is holding together. What this scientific research teaches us is how our presuppositions are powerful that may influence both spiritual and physical realities.  We can historically observe how our presuppositions have led over the centuries to controversial biblical interpretations. This is where the geocentric model (also known as geocentrism, or the Ptolemaic system) had originally come from, scientists claimed to have biblical support for this cosmological model. (Or other ancient / modern models that teach the Earth is flat!) Faulty presuppositions have lead to all sorts of doctrines throughout the centuries that are difficult to sort out. The less aware we are of the underlying presuppositions and the philosophical assumptions that we have, the more these things control our way of thinking and interaction with the Scriptures. We need to be aware of this in order to understand what God wants from us as this is related to being faithful to the Living God in Heaven. Sorting these things out however requires careful effort. When approaching the study of the Scriptures, we must be aware of the various theological systems that are in place and try to keep an openness to God and His Word in a way that is not limited by the presuppositions we have been taught over the years and centuries. As this is related to sin and redemption, a staunch belief in the evolution of species and atheism will lead to forsaking what God wants, which is to believe in His Son Yeshua the Messiah for the salvation of the soul.  The Scriptures make it clear, the Lord God will send a powerful delusion in the end times saying, “They perish because they refused to love the truth and so be saved. For this reason God sends them a powerful delusion so that they will believe the lie and so that all will be condemned who have not believed the truth but have delighted in wickedness” (2 Thessalonians 2:10-12). Simply put, the Lord God of Israel will send a powerful delusion to those who chose not to believe the gospel of the Messiah. Those who take delight in mocking and rejecting Him, He will condemn.  We are told it is man’s choice whether to accept and believe the truth of the Torah and of Yeshua the Messiah as these things are presented in the Scriptures. We are taught in the Scriptures, to receive and believe the truth and the love of God is found in believing, keeping, and obeying the Scriptures as the Apostle John wrote, “This is love for God: to obey His commands” (1 John 5:3). On the other hand, to know the truth and not to obey it is to face the wrath of God, as we read what Paul wrote to Rome saying, “The wrath of God is being revealed from heaven against all the godlessness and wickedness of men who suppress the truth by their wickedness.” (Romans 1:18) There is no more dangerous condition for man than to know the truth and refuse to obey it due to the presuppositions that he holds on to. (Consider the modern theological rejection of the Torah in the Church today!) Doing this is synonymous to hardening the heart which solidifies the consequences of making God’s condemnation sure. Throughout the Scriptures, the God of Israel urges people to accept His truth. However, throughout the centuries, many people have rejected Him and spurned His message, and so He hardens them and turns them over to a deluded mind to wallow in their wickedness leading to their eternal damnation. Jeremiah the prophet described those who choose to reject the truth in the following way, “They greatly love to wander; they do not restrain their feet. So the Lord does not accept them; He will now remember their wickedness and punish them for their sins” (Jeremiah 14:10). This scientific research reveals to us that there is much that we do not understand about the physical universe. The question is how much do we really understand about the spiritual universe as well?  The Lord God however has given us His word so that we do not go fumbling through the darkness without ever knowing who He is.  The choice we have before us today is to believe and obey.  Believing in the only begotten Son of God, and obeying God’s commands according to the Torah, of which Yeshua distilled down to one command, saying to love as He has loved us, laying his life down on our behalf. (John 13:34)  This is who the God of Israel is, who is calling to each one of us to become a part of His family, to enter into a covenant relationship, and to spend eternity with.  Don’t be as the wicked, who do not restrain their feet, and who refuse to trust and believe in the Lord God Almighty and mock and make fun of His Messiah Yeshua!

The first time both Faith and Love are mentioned in the...

Do Demons Speak Out in Today’s Music?

Researchers Raise Bats in Helium-Rich Air to check how they Sense...