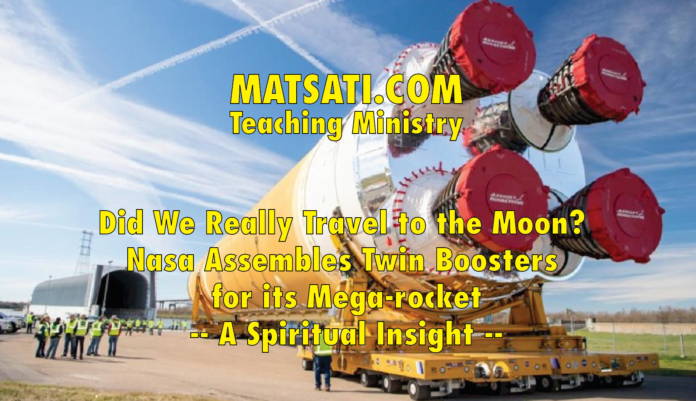 NASA is planning on a return trip to the moon and has begun construction of a new rocket that will take astronauts to the moon again. [1] The construction of the core rocket, the last piece was placed in the test stand back in January 2020. This new spacecraft is called “Orion” and will be capable of containing enough fuel to take the craft beyond the earth’s orbit and to the moon. The core is 212-foot tall rocket stage, the largest that NASA has ever produced. The rocket contains liquid hydrogen as fuel and liquid oxygen as the oxidant in the combustion reaction of burning the fuel for thrust, and is equipped with four RS-25 rocket engines. The planned mission to the moon is called “Artemis 1 Lunar Mission.”

Testing is an absolutely necessary step to ensure the stages of the rock are all functioning properly. The plan is to have a series of 8 tests. The core stage was built at NASA’s Michoud Assembly Facility in New Orleans with contributions from suppliers across the country. Boeing is the lead contractor for the core stage. The RS-25 engines are built by Aerojet Rocketdyne. The tests are being conducted by engineers from Stennis, Marshall Space Flight Center in Huntsville Alabama and SLS (space launch system) contractors.

NASA has also completed the assembly of the two booster rockets that mount alongside the core. Each booster is divided into five sections known as forward and aft assemblies. These booster rockets are similar to the ones that helped launch the space shuttle and will provide 75% of the thrust at liftoff, 8.8 million pounds of thrust. This makes this rocket 15% more powerful than the Saturn V rocket that lifted the Apollo lunar missions. The USA is returning to the Moon via the Artemis program, which is nicknamed from Greek Mythology (Apollo’s sister). The project was initiated under Donald Trump’s administration, and in February the Biden administration also backed the moon mission. The schedule to land on the moon is very aggressive as the target date of 2024 is aimed at to get humans on the Moon again once more and to maybe even construct a moon base (eventually). The last time humans were on the Moon was back in 1972. The joint construction of the rocket boosters have a limited lifespan of 12 months. This means after the boosters are assembled the clock is ticking down for launch. Engineers state that there may be ways to extend the certification period of these joints.

The core rocket was tested at the Stennis Space Center in Mississippi and the test lasted for only a little over one minute. The engines were supposed to fire for eight minutes to simulate the rocket’s climb to orbit. The engines power levels are capable of being throttled up and down and are able to pivot which allows for the rocket to maneuver during flight. Engineers state that the engine shutdown occurred by a FID (failure identification) signal followed by a major component failure. As a result, the onboard engine controller computer sent a message to the core stage controller to shutdown. To test the core, engineers filled the rocket with 700,000 gallons (2.6 million liters) of cryogenic hydrogen and oxygen. This was the 8th and final test of the core. The plan for the first test flight is to send the Orion spacecraft on a loop around the Moon.

The Spiritual insights that we receive from this type of research is related to many conspiracy theories that state man had never been to the moon and the moon visits in the late 60’s and early 70’s were nothing but an elaborate hoax. Some have said that NASA claims they lost the technology and question how can technology be lost? The point is the ability to send men to the moon depends upon a rocket that is capable of taking men to the moon. Just as we see here in the construction of this new rocket the age of the components after manufacturing limits their lifetime and use. The joints in this case are certified so as the fuel is not lost during flight which might lead to an ignition event and kill everyone on board. With budget cuts and such, this technology that took men to the moon was lost, but not forgotten as we can see! This technology must be safe because lives are at stake, this is why NASA had planned 8 tests to be conducted on the core booster and side boosters in order to ensure the engines are functional, safe, and work within the design parameters of the systems. The anti-moon walk conspiracy theory is relatively simple. People who believe these things state that the Apollo 11 astronauts never really went to the Moon, rather, they blasted off into orbit and waited up there while the world watched scenes that were actually filmed in a studio, before coming back down to be falsely hailed as heroes. Now this is a significant issue as that has a direct parallel to our faith. These things are paralleled to the Bible as the infallible Word of God and a historical text documenting the way the Lord God Almighty worked in the lives of His people. The events in the bible had witnesses who wrote down what they saw, and there is much archeological evidence for everything written in the Scriptures.

For those who do not trust the Bible, they do so for numerous reasons. One of the major reasons for most people is due to a presuppositional bias against the supernatural. Others have a problem believing someone can come back from the dead, or walk on water, or being healed of diseases, and they claim these things raise red flags and are dismissed as fables. Others feel the scriptures just rub them the wrong way as God being merciless and cruel or the mitzvot against certain lifestyles is out of date (i.e. LGBTQ), or even one may not like the idea of the existence of hell. Others reject the Scriptures on philosophical grounds as not understanding how an all powerful God can permit evil in this world. We note however that there are reasons why some people do not accept the Scriptures because and the reasons are actually explicitly stated as why this happens and what is going on. For example:

These are the things the scientific research draws out for us in regards to the conspiracy theories that doubt man has been to the moon. These things are a warning to us, to diligently seek the Lord, and to take time to pray and read God’s Word and most importantly to seek God’s help for us to understand these things. When we lay this kind of research down along side of the Scriptures, the research draws out a significant warning as John writes according to 1 John 4:6, אֲנַחְנוּ מֵאֱלֹהִים. הַיּוֹדֵעַ אֶת אֱלֹהִים שׁוֹמֵעַ לָנוּ; מִי שֶׁאֵינוֹ מֵאֱלֹהִים אֵינֶנּוּ שׁוֹמֵעַ לָנוּ. מִתּוֹךְ כָּךְ מַכִּירִים אָנוּ אֶת רוּחַ הָאֱמֶת וְאֶת רוּחַ הַתּוֹעָה which states “We are from God. Whoever knows God listens to us; whoever is not from God does not listen to us. By this we know the Spirit of truth and the spirit of error” We note how we must seek the Lord God in heaven, and his Messiah Yeshua, and believe in the Word, the Bible, the Scriptures, and the message God has given us, His purpose for our lives to live according to His Words and to seek His help in living our lives for Him and all that we do. John writes that it is only those who are from God (מֵאֱלֹהִים) and this is consistent with all of the previous scriptures which speak of the hidden nature of the gospel truth as being given from God Himself. The warning for us today is to not allow our presuppositions to prevent us from seeking God in heaven. We have to be intentional in seeking the truth of God and not be led away by crazy stories that are founded upon doubt and half-truths. As these Scriptures and more explain to us, even faith itself is a gift from God. The conclusion? Ask the Lord God Almighty our Father in heaven to reveal these things in the name of Yeshua the Messiah and he will do so!

To the One Who Overcomes – What Does this Mean? ישעיהו...

Thousands of Swedes Are Choosing to Have Microchips Inserted Into Their...