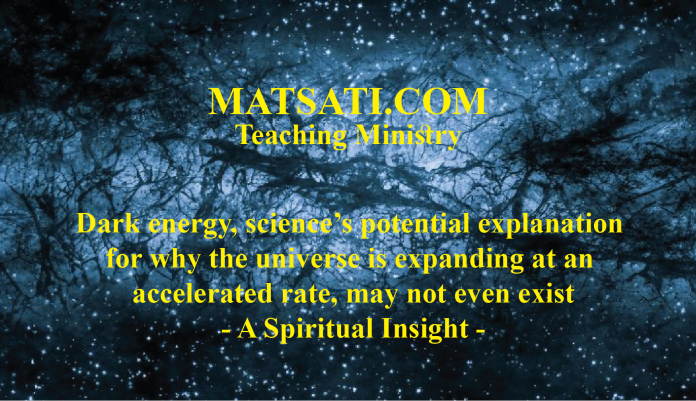 The Earth is an amazing, fragile, and miraculous place. For example, the Earth is the correct distance from the Sun, has a protective electromagnetic field, atmosphere, it has water, and has intelligent life, the Earth and God’s creation should put us in awe every day. Because of these mysteries, and others, men throughout history have searched for answers for why we are here. Aristotle thought the earth had existed eternally. The Roman poet Lucretius, he was an intellectual and creator of the Greek atomists, believed the Earth’s formation was more recent, given that there were no records going back beyond the Trojan War. The Talmudic rabbis, Martin Luther and others used the biblical account to extrapolate back from known history and came up with an estimate for when the earth came into being. The most famous came in 1654, when Archbishop James Ussher of Ireland offered the date of 4004 B.C. Following decades of Scientific observation of the Earth, more modern interpretations began to overtake the previous thinking. In the 1660s Nicolas Steno formulated the modern concept of deposition of horizontal strata. He concluded when the layers of Earth are not horizontal, they must have been tilted following their deposition and noted that different strata contain different kinds of fossils. By the year 2019, we have learned a lot more about this planet coupled with incredible studies and discoveries that have changed the way that we see the world. A similar transformation may be occurring in the astrophysics field of science. In order to explain the origins of the universe without the existence of God, scientists propose the big ban theory, a theory that is supported by the rate of acceleration of the universe expanding. In order to explain what we are able to observe, researchers have proposed the existence of dark matter and dark energy to account for the apparent lack of matter in the material universe. Recently, dark energy, science’s murky potential explanation for why the universe is expanding at an accelerated rate, may not even exist. This is the claim of a new theory. [1]

Researchers have published a new study that offers an alternative explanation for why the universe is expanding, one that doesn’t violate the law of universal gravitation. Newton’s law of universal gravitation states that every point mass in the universe attracts every other point mass with a force that is directly proportional to the product of their masses and inversely proportional to the square of the distance between them. (F = G * m1 * m2 / r^2) The expansion of the universe is a known phenomenon, and in recent years, it has been observed that the universe is expanding at an accelerated rate. This change in the rate of expansion presents both a problem and a mystery especially in light of Newton’s law of universal gravity. Scientists have proposed “Dark Energy” as an explanation for this occurring. The idea is the universe is filled with the ordinary matter that we see to form stars, planets, etc, and there is also something called dark matter and dark energy that fills the majority of the universe that explains this acceleration effect in light of the gravitational forces which would not cause the acceleration. The more we learn about the cosmos, the more mysterious it seems to become. This new study provides a different theory. The researchers propose something that is analogous to the Casimir effect that may be occurring in space causing the acceleration of the universe’s expansion. This suggests that the universe has a boundary, an edge that is expanding into something else (expanding into nothingness?). The researchers state the universe may have a three-dimensional “complex topology” that makes this process possible. One of the researchers who recently presented the research, explains:

“…there is essentially no ‘Dark Energy,’ but there is a manifestation of the boundaries of the Universe. You can draw an analogy with the Earth. After all, it also has no boundaries, but it is finite. The difference between the Earth and the Universe is that in the first case we are dealing with two-dimensional space, and in the second – with three-dimensional.”

What is the Casimir effect? (Wikipedia):

“In quantum field theory, the Casimir effect and the Casimir–Polder force are physical forces arising from a quantized field. (quantized means a field having distinct energy states, like those for n = 0, 1, 2, 3, etc eigen values arising from the wave equation in quantum theory) The Casimir effect is named after the Dutch physicist Hendrik Casimir who predicted it in 1948. The Casimir effect can be understood by the idea that the presence of conducting metals and dielectrics alters the vacuum expectation value of the energy of the second quantized electromagnetic field. Since the value of this energy depends on the shapes and positions of the conductors and dielectrics, the Casimir effect manifests itself as a force between such objects. Any medium supporting oscillations has an analogue of the Casimir effect. For example, beads on a string as well as plates submerged in turbulent water or gas illustrate the Casimir force. In modern theoretical physics, the Casimir effect plays an important role in the chiral bag model of the nucleon; and in applied physics, it is significant in some aspects of emerging microtechnologies and nanotechnologies.”

The Spiritual insights that we receive from this type of research is paralleled to the study of the unknown, it is related to the spiritual realm, and men throughout the centuries have sought to understand or to “have understanding” of what takes place whether there is life after death or not. The Hebrew word for “understanding” is “Binah” (בִּינָה). In Kabbalah, it is the second of the ten Sefirot, in Chassidic thought, the second stage of intellectual process. It is the path that leads to abstract thought and chokhmah (חָכְמָה, wisdom). Binah gives wisdom depth and breadth. King Solomon wrote in Mishley / Proverbs 9:10 The fear of the LORD is the beginning of wisdom: and the knowledge of the holy is understanding. (NASB, י תְּחִלַּת חָכְמָה יִרְאַת יְהֹוָה וְדַעַת קְדֹשִׁים בִּינָה) Notice how Solomon describes Wisdom prior to understanding, and couples wisdom with fearing God, and knowledge with holiness. The Scriptures define the starting point of wisdom as not being found in speculation or abstract thought. Wisdom is found in knowing and seeking the God of Israel, that He is holy, righteous, good, and how He loves us. Yeshua stated that the Lord God our Father in heaven seeks for us to love and to do what is right (Mark 12:28-31). To find true wisdom is in our submitting our lives to God in obedience to His mitzvot (commandments). Solomon wrote that “we must listen to the wisdom of God with attentive ears and apply our hearts to understanding.” (Mishley / Proverbs 2:2) The idea here is true happiness comes from seeking or searching for God Himself (Mishley / Proverbs 2:4-5, 3:13). Binah (understanding) implies the ability to look at something and know what is going on, like distinguishing between what is real from what is not real (true or false). This is why we find so many parallelisms in wisdom (חָכְמָה) in obeying God’s Word, and understanding (בִּינָה) from having knowledge of the Holy One!

God’s Presence going before us is part of a Messianic Expectation...