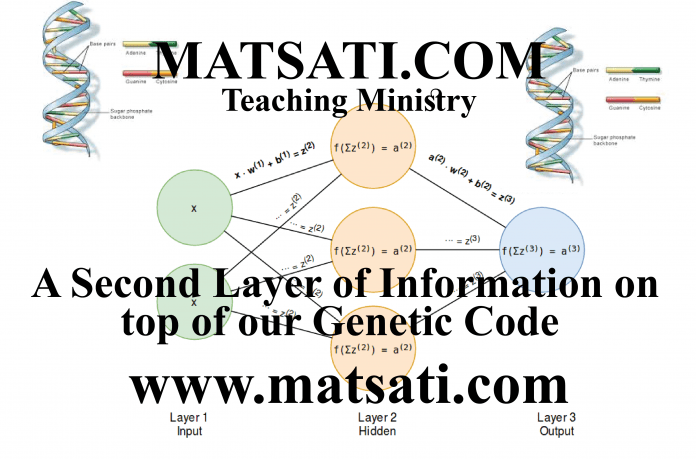 The dictionary definition of DNA (deoxyribonucleic acid) is “a self-replicating material present in all living organisms as the main constituent of chromosomes. It is the carrier of genetic information.”  DNA is what gives us the fundamental and distinctive biological characteristics or qualities of the human body. A person’s DNA is something that is regarded as unchangeable. There is a gene editing technology (CRISPR) that may be used to modify a person’s DNA but it is risky and dangerous to do as our understanding of our genetic code is in its infancy. The information in DNA is stored as a code made up of four chemical bases: adenine (A), guanine (G), cytosine (C), and thymine (T). Human DNA consists of approximately 3 billion bases, and more than 99 percent of those bases are the same in all people.  The information contained within DNA (the ordering of the bases) determines the information available for building and maintaining an organism for producing proteins, which are complex molecules that do most of the work in our bodies. The coding sequences are what determine the type of protein to be produced in a certain cell. Note, there are many types of cells in our bodies which have various functions to make our bodies work. Recently, in a paper titled “Multiplexing Genetic and Nucleosome Positioning Codes: A Computational Approach” (Eslami-Mossallam B, Schram RD, Tompitak M, van Noort J, Schiessel H (2016) Multiplexing Genetic and Nucleosome Positioning Codes: A Computational Approach. PLOS ONE 11(6): e0156905. https://doi.org/10.1371/journal.pone.0156905) researchers have hypothesized that the mechanical properties of the DNA acts as a second layer of information.  The mechanical properties of DNA refers to how DNA encode its molecular structure and sequence, particularly the weakness of the hydrogen bonds and electronic interactions that hold strands of DNA together compared to the strength of the bonds within each strand.  These things are related to the formation of proteins and protein folding.

Protein folding is the physical process by which a protein chain acquires its unique 3-dimensional structure, a conformation that is biologically functional (gene expressive). Folding is the physical process by which a polypeptide folds into its characteristic and functional 3-dimensional structure from a random coil. (Alberts B, Johnson A, Lewis J, Raff M, Roberts K, Walters P (2002). “The Shape and Structure of Proteins”. Molecular Biology of the Cell; Fourth Edition. New York and London: Garland Science. ISBN 0-8153-3218-1) It is this folding mechanism of DNA that is believed to play a key role in how genes are read by a cell.  Researchers are working on isolating and trying to understand the mechanical folding mechanisms that determine how DNA is folded.  Theoretical physicists in the Netherlands have used computational chemistry (the computational nucleosome model) to simulate the protein folding to study the mechanism for folding that is encoded into our DNA.  In the paper, the research group simulated the folding of DNA with randomly assigned cues using baker’s yeast and fission yeast (Saccharomyces cerevisiae and Schizosacharomyces pombe) as a model species.  The simulations were designed to study the mechanism and folding structures of DNA in these two organisms.  Their research concluded there is a second layer of information in our DNA which guides the specific folding mechanism.  The significance of this study is that genetic mutations are not just caused by a change in the sequence of codes but also by a change in the way the strands are folded. This opens up new areas of research, not just complicating the process for research and development within a multilayered biological program, but will be helpful in finding unwanted sequences like those that cause diseases.  These results may lead to a greater understanding of disease pathology.

What this reveals to us is as we continue to unravel the mysteries of the genome, the underlying complexity directs our attention to a creator who has embedded an incredible multifaceted code into our genes.  The concept here is that of a hidden code within DNA that has a practical function and purpose in our cells. This is similar to writing something in English and then pulling out every fifth letter producing a meaning completely different in Hebrew.  The base sequences have a multipurpose, or dual usage, in the combination of the letters that ultimately form the complete sets of instructions for making proteins (including how they fold). The hidden code or multi-use nature of the DNA reminds us of the Hebrew language.  Many words in the Hebrew language have dual meanings. Take for example, the word kavod כבד has the meaning of both “weight” or “glory” depending upon its context. Another example may be for the word devar דבר having the meaning of “word” or “thing” depending upon its context.  Another example may be taken for the word basar בָּשָׂר comparing Shemot / Exodus 12:8 and Isaiah 61:1.

In these passages, if we neglect the nikkud vowels, we find the same spelling בשר in each of these passages. In Shemot / Exodus 12:8 בשר means the flesh of the lamb, and in Isaiah 61:1 the word means the gospel message (good news).  The interesting concept here is this teaches us of the hidden meaning of the text. At the word level, the Pshat (פְּשָׁט‬) we understand the simple meaning based upon the context. At a higher level, the Remez (רֶמֶז‬), Drash (דְּרַשׁ‬), and Sod (סוֹד‬) one may parallel these passages to the Messiah as the lamb of God, the suffering servant, and the teachings and interpretations we find in the Apostolic Writings.  It is these underlying (hidden) messages in the Scriptures that reveals to us the ultimate plan of God, just as we find in the Scientific research of the multi-use DNA providing a second level of programming for proper protein production which is showing us there is a creator God.  There is always more to the story in matters of science and spirituality than meets the eye! This is why the rabbis employed the exegetical technique known as PaRDeS. This scientific research on the hidden layer of programming reminds us of the fourfold levels of interpretation of scripture, Pshat (פְּשָׁט‬), Remez (רֶמֶז‬), Drash (דְּרַשׁ‬), and Sod (סוֹד‬). Each type of Pardes interpretation examines the extended meaning of a text. As a general rule, the extended meaning never contradicts the base meaning. When it comes to the Messianic interpretations (the future expectations based upon the text) both mystical and rational religious Judaism entered into the exegetical technique. The significance of these things may be illustrated by the example, there is not a single direct mention of “The Messiah” in the literal words of the Tanakh. All of the prophetic meaning related to the concept of a future Messiah is from aggadah, midrash, and non-binding oral Torah. Between Talmud, Midrash, and the Zohar, there are hundreds or direct descriptions of the messiah, discussing his attributes, his authority, and his function.  The point is, what we believe in regards to the Scriptures and what they say concerning the Messiah, we naturally draw upon a rich Jewish tradition and background that describes who he is, and what he will do! When looking at a mystical and esoteric view (the Sod) these interpretations take conceptual context from the Peshat, Remez, and Drash. The rabbinical method differentiates between explicit and hinted meanings from the text as this is related to the Messiah. The point is, the real Messiah (Yeshua/Jesus) who inspired the apostolic movement lived and functioned within Judaism, and presented and lived out the same ideas. The most Jewish thing one can do is to believe the teachings in the Apostolic Writings, to believe in Yeshua the Messiah for the salvation of the soul, and to believe in God’s Torah as a way of life!

Watch – The Recyclability of a New Kind of Plastic –...